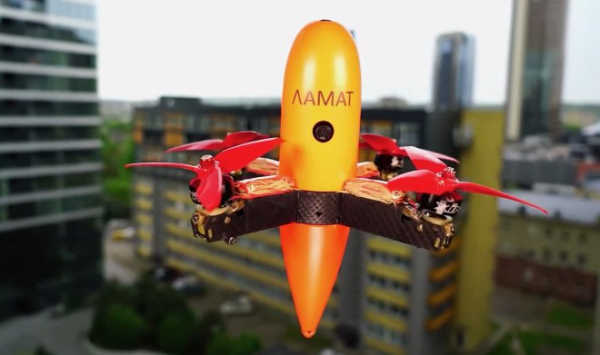 Lithuanian inventor Alexey Zaitsevsky designed a drone with the sonorous name “Interceptor” (Interceptor), whose main task is to intercept and forcibly land other small–sized flying vehicles. The drone is designed to work as part of patrols. As soon as there is a target nearby to intercept, the Interceptor starts to stop it at the cost of destroying its structure — but at the same time it cannot be called a classic kamikaze.

The main advantage of the Interceptor is its huge power combined with extremely low weight. Thanks to this, it starts very quickly, instantly catches up with the target, can circle around it so that the operator can observe the object through the camera and at the right moment decide on its forced landing. When this happens, the Interceptor dives under someone else’s drone and shoots up all four motors, which in addition scatter in different directions, stretching the Kevlar fishing net. She tangles the propellers of the target drone and it falls.

The Interceptor itself, after firing the motors, releases a parachute and smoothly descends to the ground – with its low weight, it is very simple. The drone is able to sound a signal so that it can be found faster and put together again, preparing for the next launch. So far, this is a prototype, but Zaitsevsky is already looking for opportunities to commercialize his brainchild. 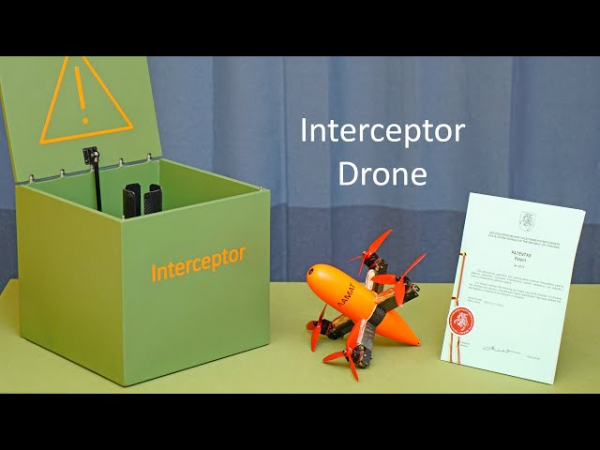